Here is the oldest photo I’ve seen of my grandfather with his banjo. It was taken probably in the late 1920s. 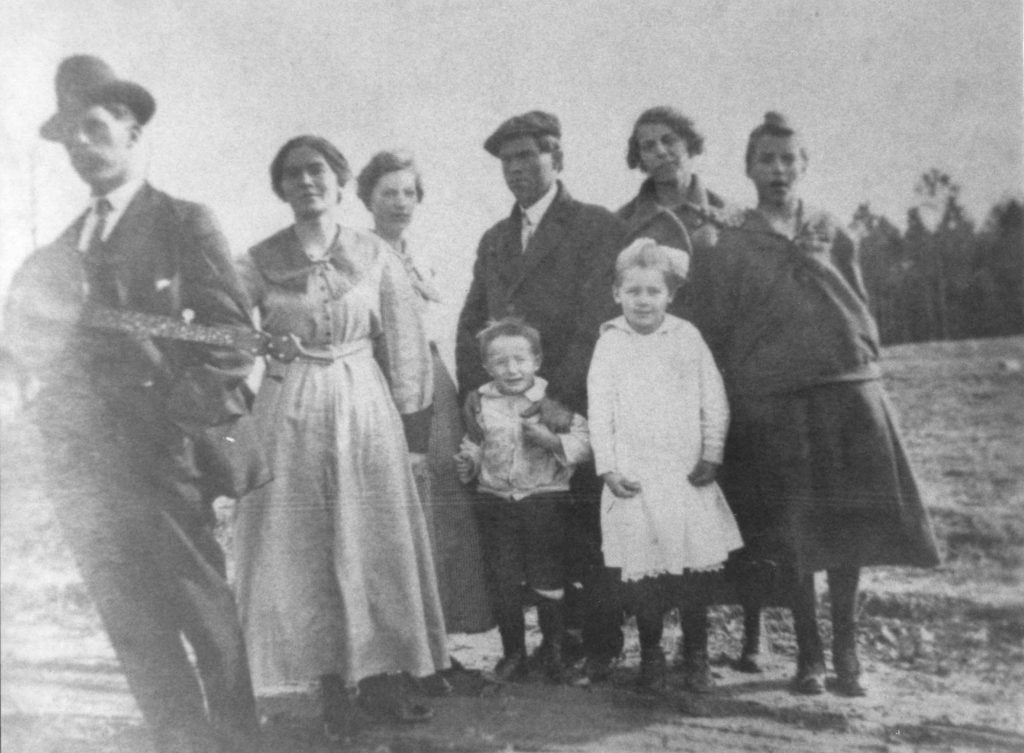 His style of playing was called parlor style. It was a precursor to the three-finger Earl Scruggs style used in bluegrass music today. It was a more polite style and was suited to all types of music.

Here is Charlie Slaughter playing “You Are My Sunshine” from 1974. It is a country song, although the recording by the composer, Jimmie Davis, had jazz accompaniment.

Here is Charlie Slaughter playing “Aloha Oe.” It was a Hawaiian popular song written in 1878 and recorded many times over the years.

Here is a photo of Charlie Slaughter and his banjo in 1975 at a family reunion. 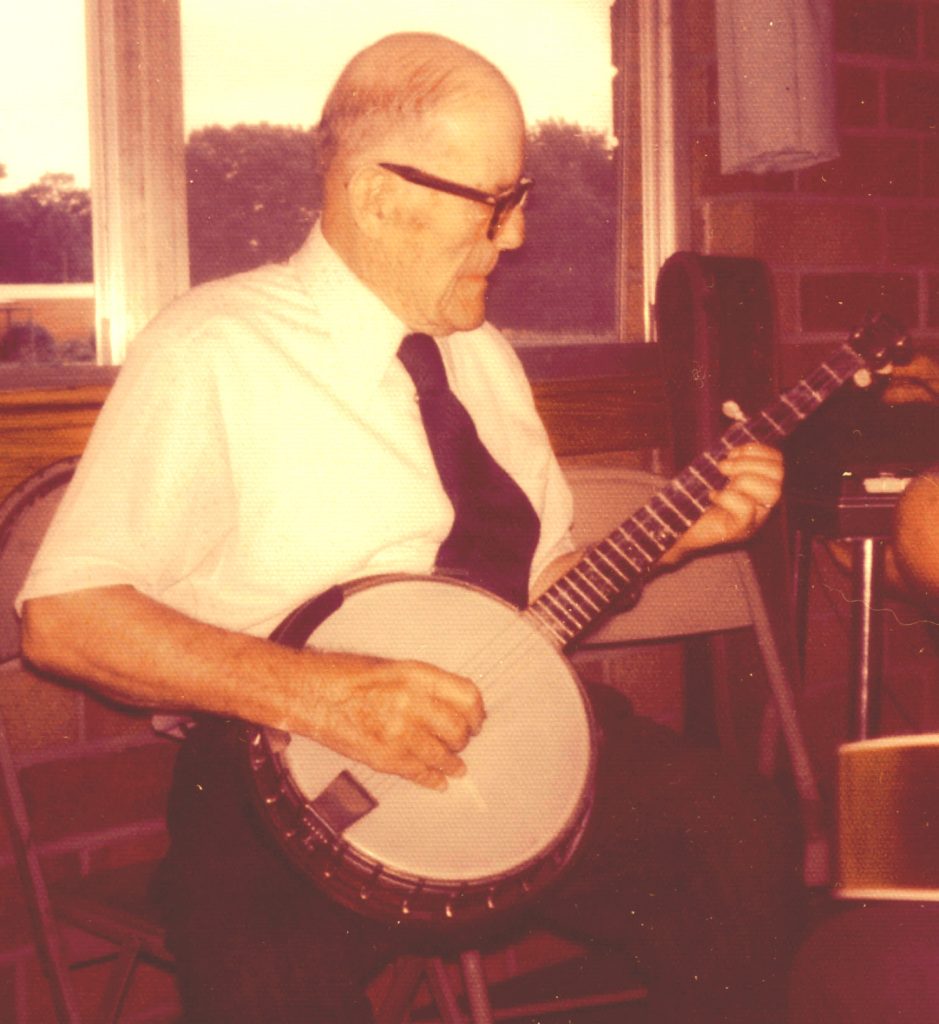 My grandfather had a number of influences on his style of playing and the variety of songs he knew. One of his influences was blues musicians he heard playing around the tobacco warehouses in Durham. Some of these musicians eventually recorded and are well-known today, such as Rev. Gary Davis and Blind Boy Fuller.

Charlie Slaughter also heard piano rolls at someone’s home or heard people playing popular sheet music of the day on the piano. One of the songs he played on the piano was a ragtime piece from 1908 called “Rainbow.”

Another influence on his playing was listening to the popular records of the day. I don’t know that his home had a phonograph, but I’m sure that with his love of music, he found people who did have “talking machines.” The most noteworthy banjo player during my grandfather’s early years was Vess L. Ossman, the “King of the Banjo.” He made many records in the parlor style, and here is one of them, “Whistling Rufus” from 1899 on an Edison wax cylinder.

My grandfather said that he learned some of his songs at “juke joints,” which were eating and/or drinking establishments that had a jukebox. Some of these places had rhythm and blues records on the jukebox. That’s where he learned to sing “Corrine Corrina,” perhaps from the 1941 recording by Big Joe Turner.

Even though Charlie Slaughter died 40 years ago, and the parlor style of banjo started in the late 1800s, there are still a few people who still play in that style. One musician that I like a lot is Bela Fleck. He plays in various styles, but here is a song he plays in parlor style, “Home Sweet Home” from 1999.