On October 10, 1976, at his last birthday dinner, my grandfather, Charlie Slaughter, told me that he wished he could go on a trip and just go where he wanted to go. He said that every trip in the past with various relatives ended up with them only going where the relatives wanted to go. I told him that I would take a few days off from work and take him up to Roxboro, and we would only go where he wanted.

On October 19, my 23rd birthday, I went to pick Granddaddy up. He was dressed and ready to go with his overnight bag. He said he would pay for the gas and any meals.

I drove us to Roxboro in my 1971 Maverick I had bought earlier in the year. We got to Roxboro around lunchtime, so Granddaddy said we should go to Mabel’s for lunch. I think I had a hamburger, and he had some soup. He told me that Mabel was our cousin. Her father, Jim Buchanan, was Granddaddy’s first cousin.

After lunch, we went to see Granddaddy’s sister, Aunt Rachel. She lived in the house their father, Nuptial Blair Slaughter, built in 1876. We left her and went to Rock Grove Cemetery. I took a couple of pictures there. Then we went to visit Joe Slaughter, the son of Granddaddy’s brother, Uncle Vanus. After that we went in town to visit his niece, Roxie Clayton, and her husband, Guy. We spent the night at their house. I slept on a pallet on the floor.

The next morning we ate breakfast with Roxie and Guy. After awhile, we left them and went to the Senior Center and had lunch with Uncle Jack. He was my grandmother’s brother.

After lunch, we went to Pleasant Garden, near Greensboro, to visit Aunt Margaret, my father’s sister. It was raining when we got there. I checked later and found that Greensboro had a record high rainfall of 2.43 inches that day. We visited a good while. I helped my cousin, Cindy, with some chemistry homework. We spent the night there.

The next day, October 21, we headed back home. I think Granddaddy really enjoyed the trip. We were gone three days and 531.5 miles.

The following pictures were all taken on the first day of the trip, October 19, 1976. 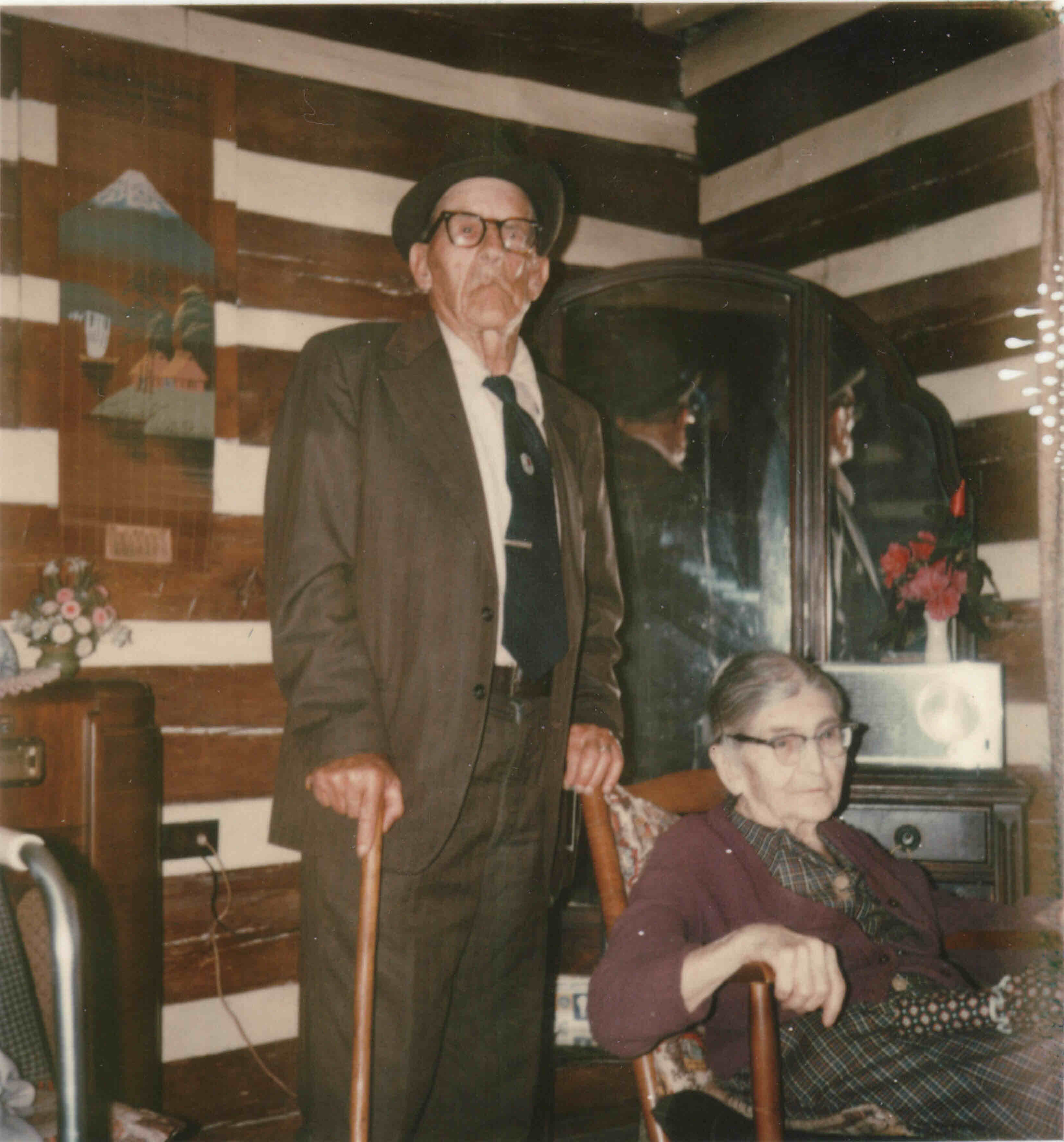 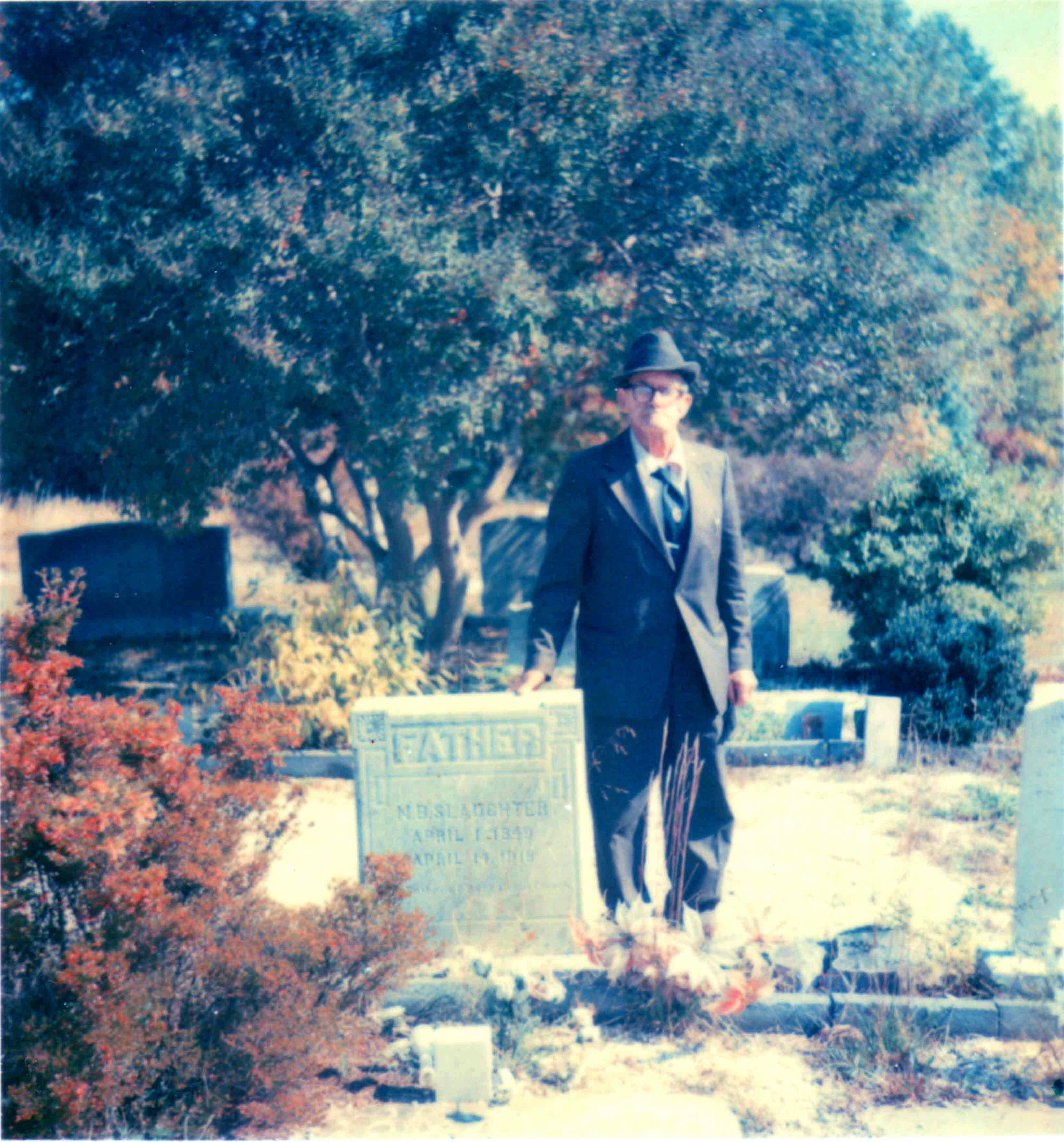 Charlie Slaughter standing next to the tombstone of his father, Nuptial Blair Slaughter 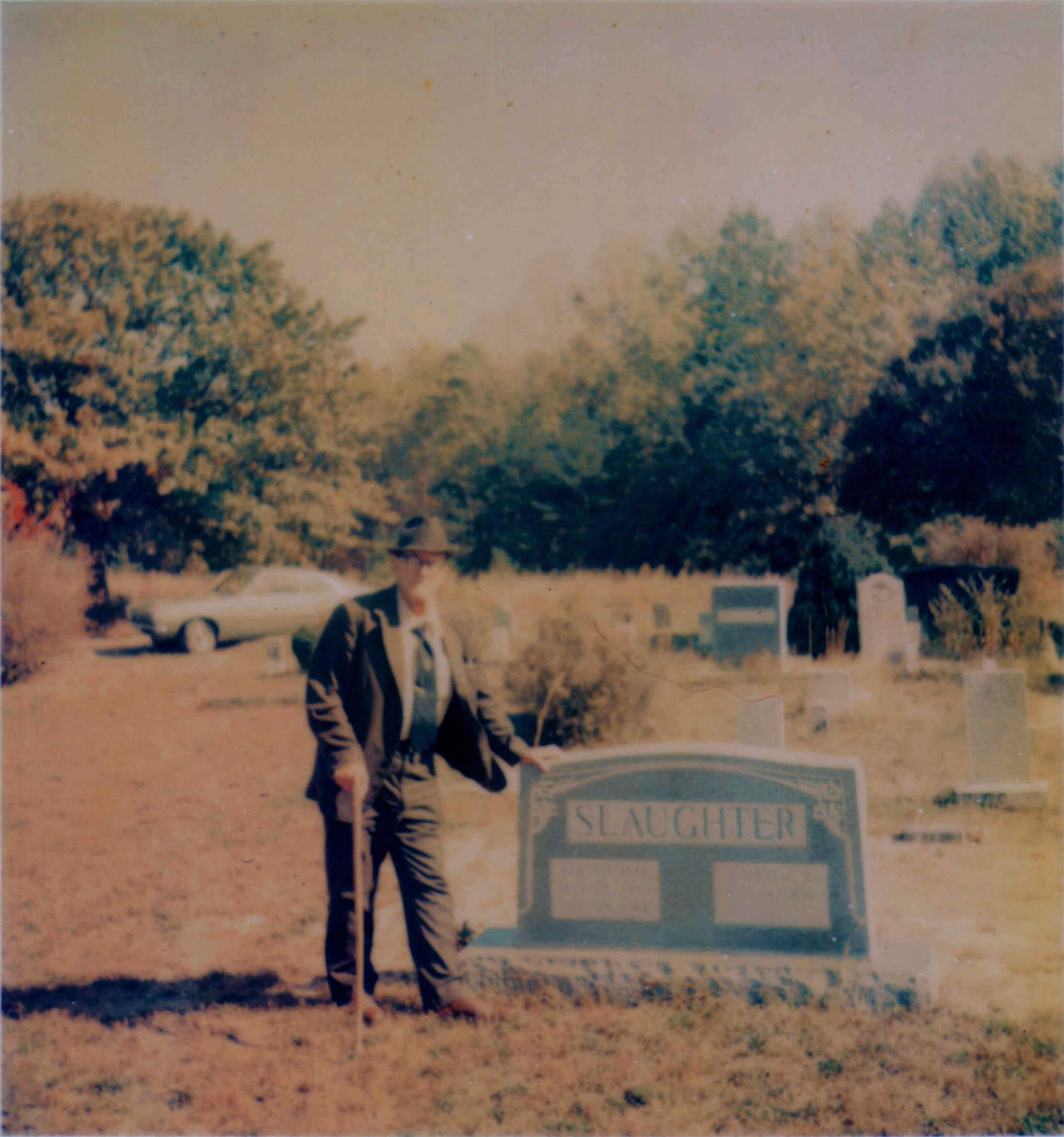 Charlie Slaughter standing next to his own tombstone

Chart showing how Charlie Slaughter and I are related to Mabel Buchanan.