Near the end of August in 1966, my father took us on a vacation up north. We first went to Buffalo, NY and visited the zoo. We were having a hard time finding the zoo, so we stopped and asked directions from a woman we saw walking down the sidewalk. She said she was going that way and climbed into the car with us.

The main reason for the trip was to visit the Harris family in Simcoe, Ontario, Canada, where my father worked in tobacco in 1952. We crossed the Welland Canal on our way there from Buffalo. We got to Mr. Harris’ house late in the afternoon. After a little visiting, we got in his station wagon for a tour of his farm. We saw tobacco fields, strawberry fields, and orchards of peaches and apples. While driving through the orchards, we had to stop for a family of quail to cross the road.

Then we got into open countryside and drove for a long time. When we were near Lake Erie, we saw thousands of geese starting to fly south for the winter. We went to Long Point and stopped at a restaurant for supper. It was very late, probably after 7:00. The parking lot was empty, but it was still open, and we went in. Most of us got fried lake perch. My brother got fried chicken. When we were almost done, my father asked about why the restaurant was so empty. It turns out that Mr. Harris had called the restaurant before we left his house, and he had requested that they stay open late just for us. We spent the night and headed for Jamestown, NY the next day. 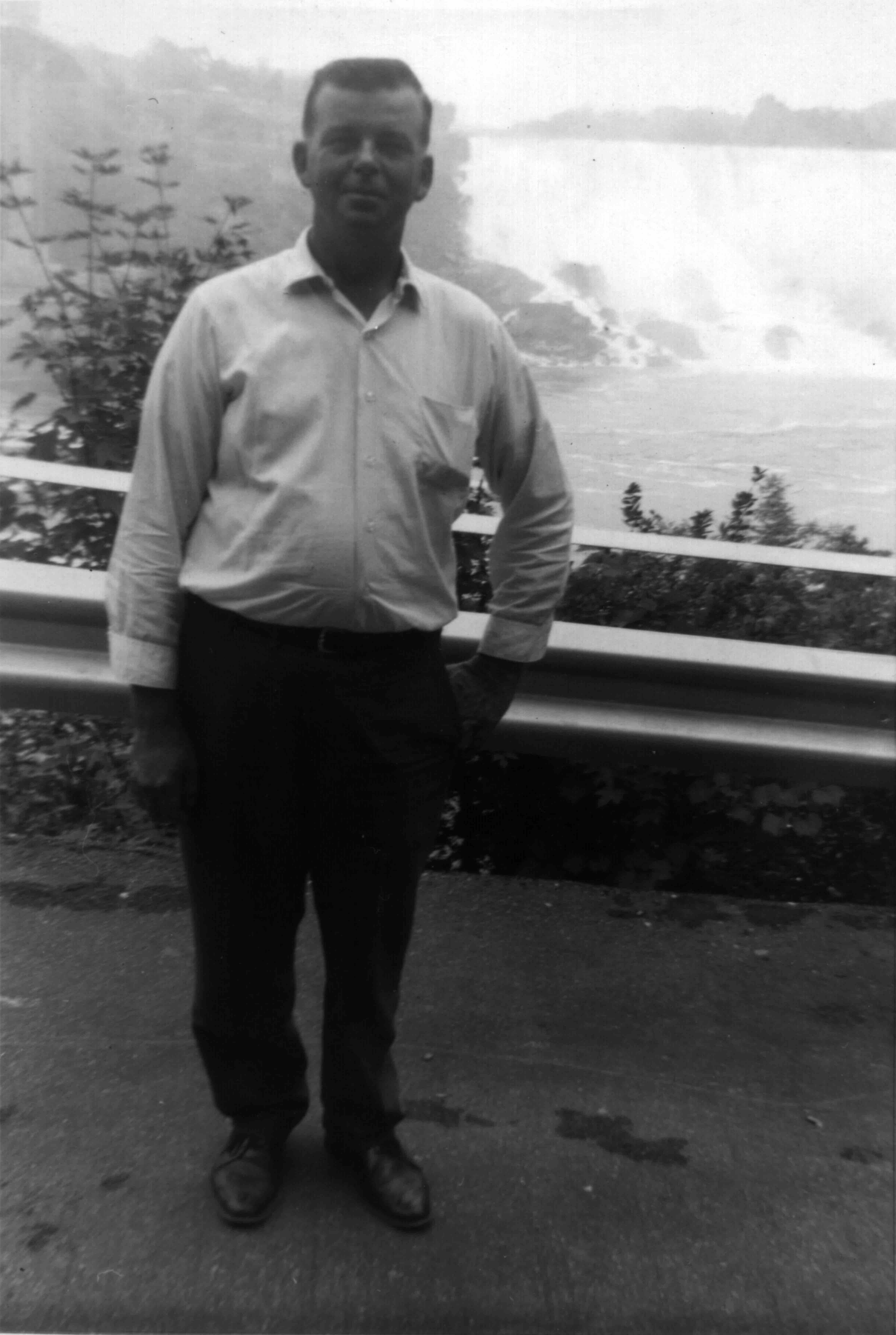 My father, Clarence Slaughter, in front of Niagara Falls 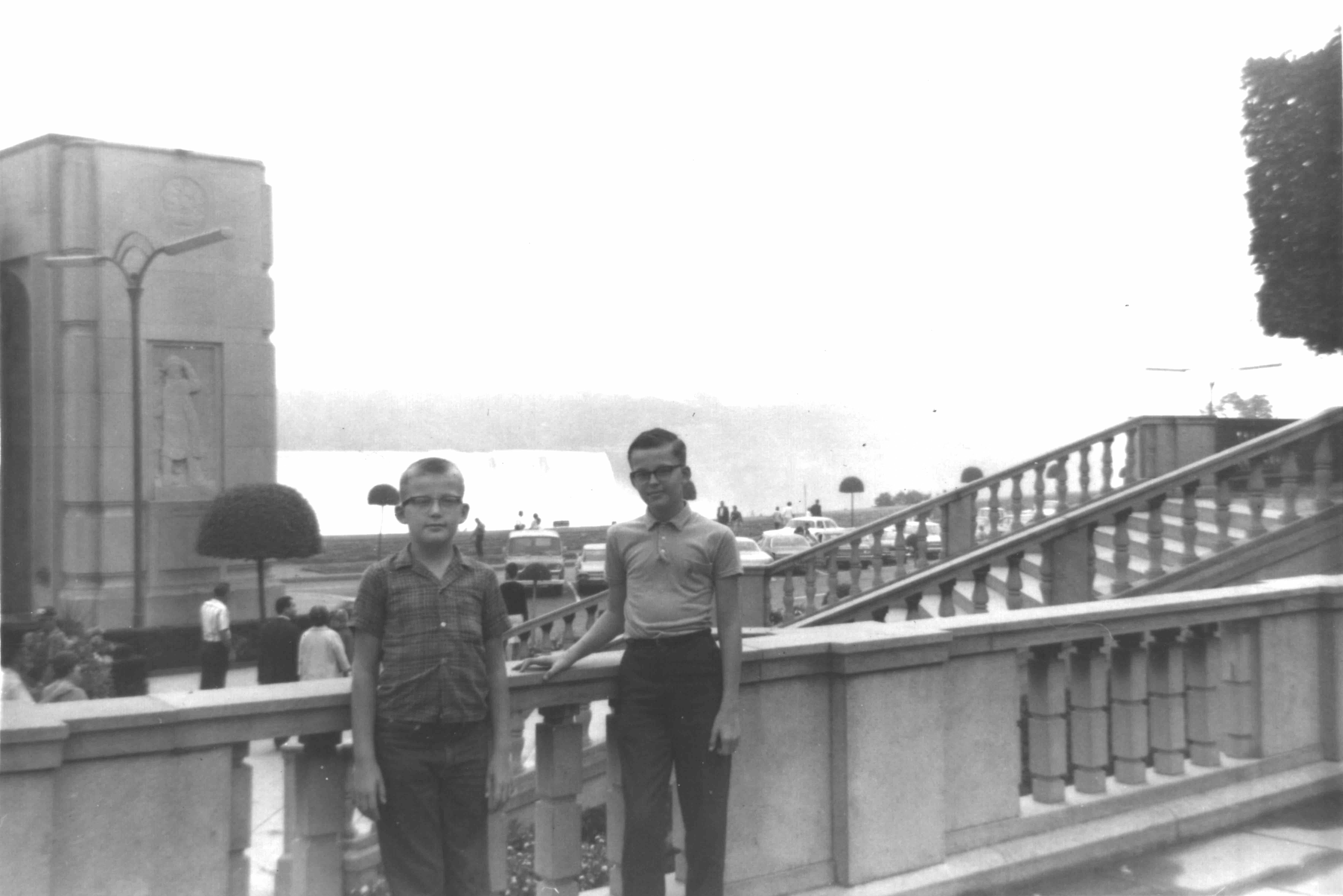 My brother, Arthur, and I, back when I was skinny. 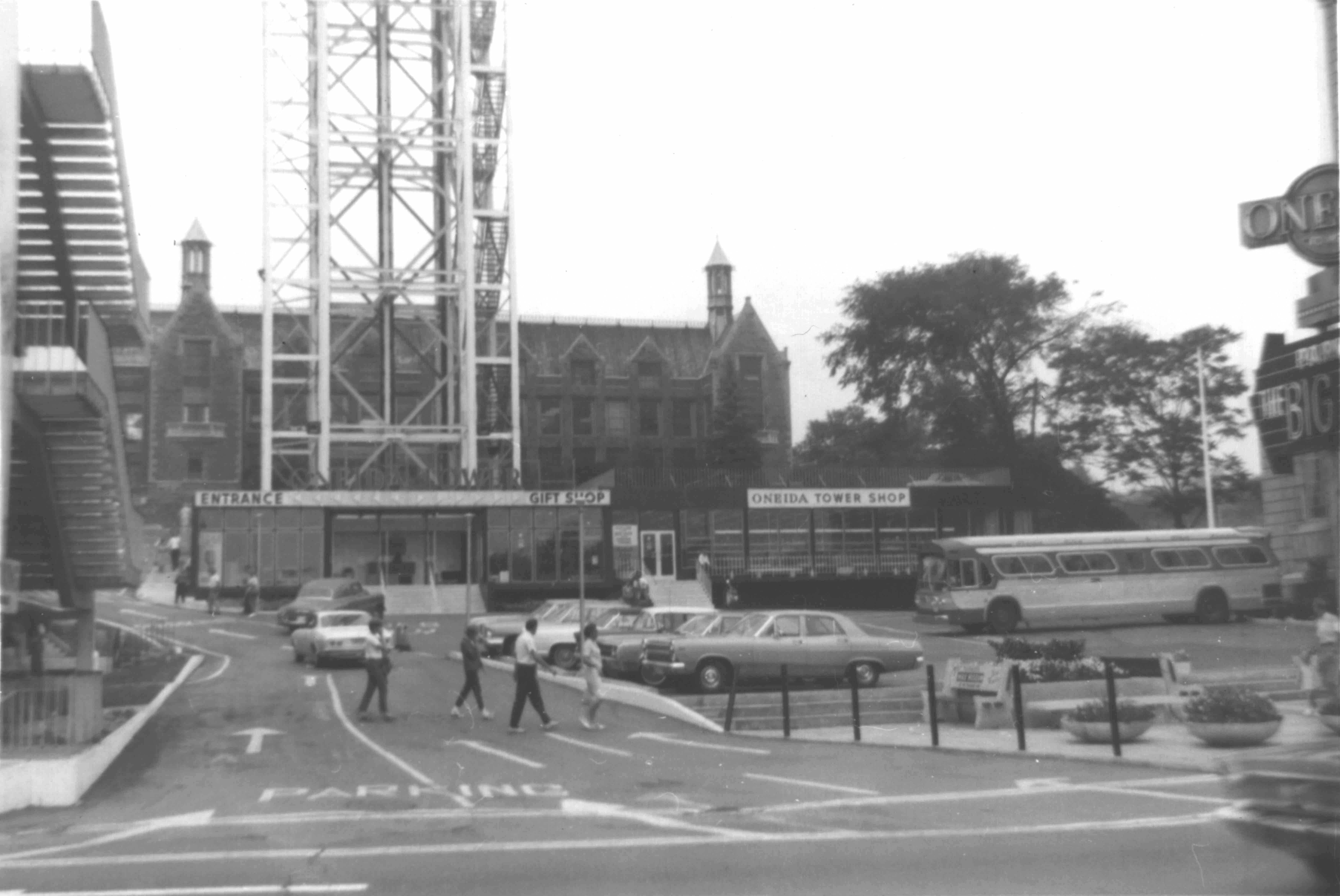 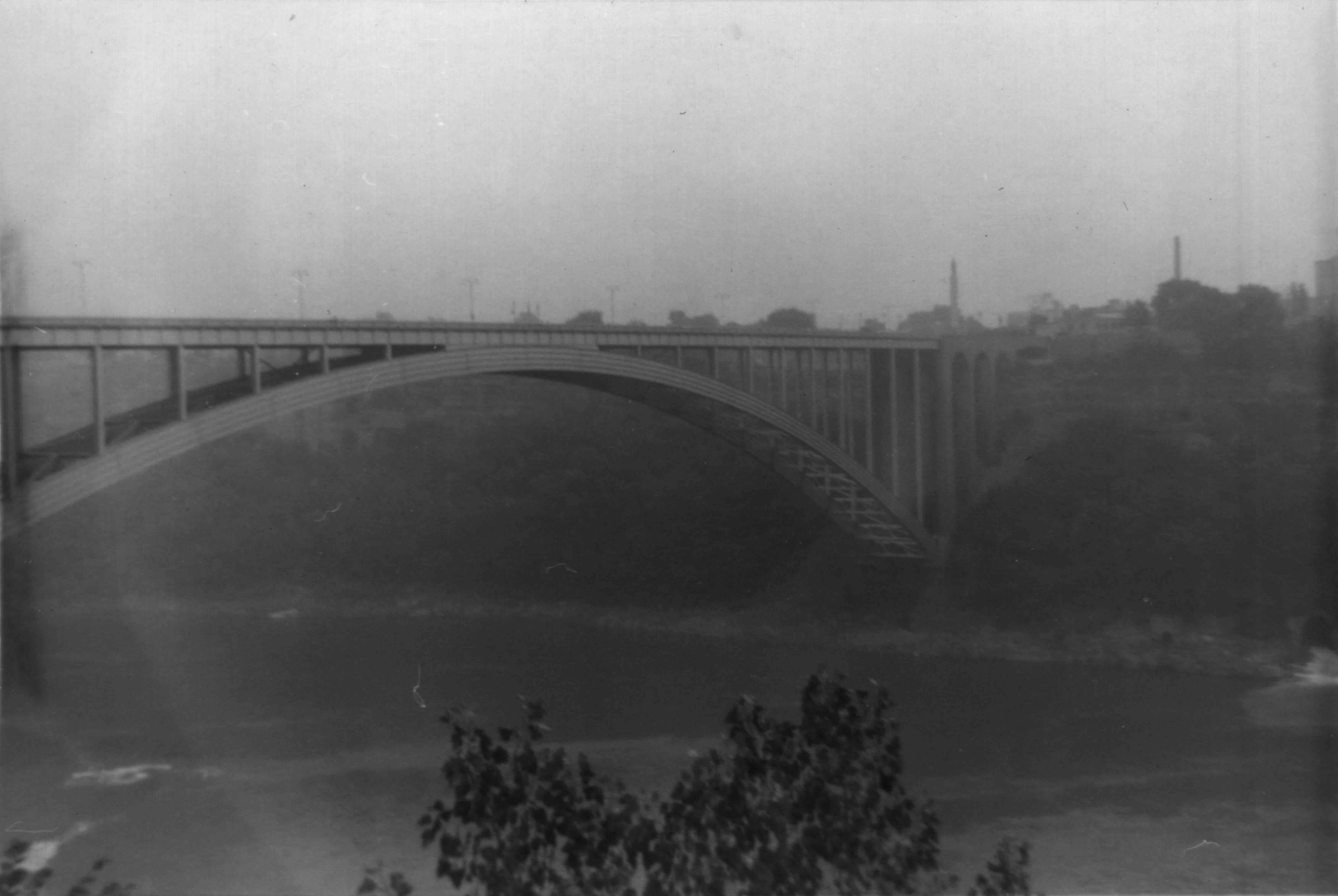 One of the bridges from the U.S. to Canada